After spending 2014 getting my project car running and breaking it in, I finally took it on the annual Hampton Roads/Williamsburg trip on Boxing Day. I decided to spend most of the trip on the northern side of Hampton Roads (particularly the cities of Poquoson and Hampton, along with the southern half of York County) before hitting up the oceanfront later in the day. Much of the information on the history of the routes seen in this trip comes from the Virginia Highways Project, since my own experience in northern Hampton Roads is mostly confined to I-64 and I-664.
I started from Petersburg after getting gas and money there and headed up VA 106 to VA 5 to Williamsburg. I took many more pictures than actually turned out because I was heading into the sun for the first couple hours, as well as my car being set up for power rather than comfort. This first photo is VA 5 crossing the Chickahominy River from Charles City County into James City County. I tried taking photos of the bike trail that runs next to VA 5, as it's been completed through most of the county. 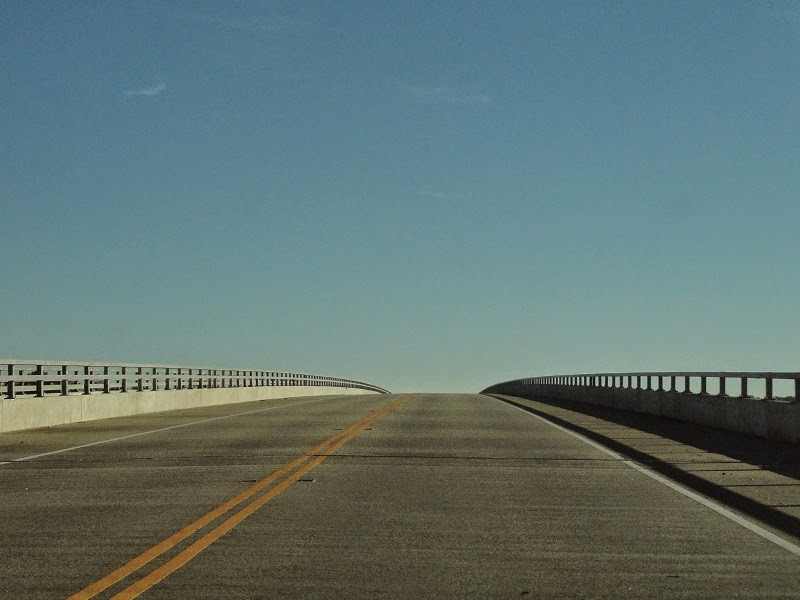 On the outskirts of Williamsburg I wanted to get to VA 199 as quickly as possible, so I left VA 5 and took SR 5000, which has a higher posted speed limit and less traffic. SR 5000 is part of the Monticello Avenue extension, the entirety of which was planned to be built as a primary route (proposed as VA 5A), but only the part east of SR 613 was put into the primary system as an extension of VA 321. I don't know why the rest of the extension was made secondary. 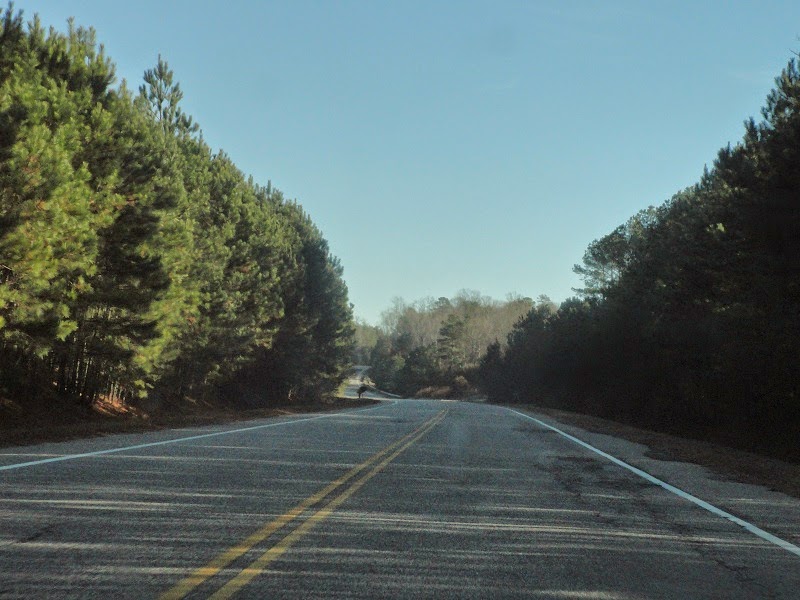 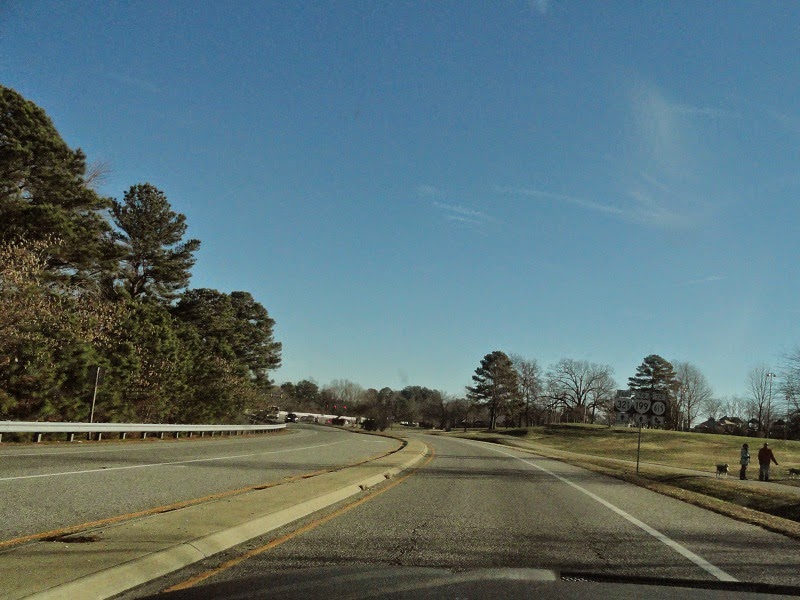 As discussed in years past, VA 199 is an expressway that goes around Williamsburg, entering it a couple times but mostly staying in James City and York, the two counties around it. I got off at the VA 5/31 intersection (within Williamsburg city limits) and stopped at the CVS there. 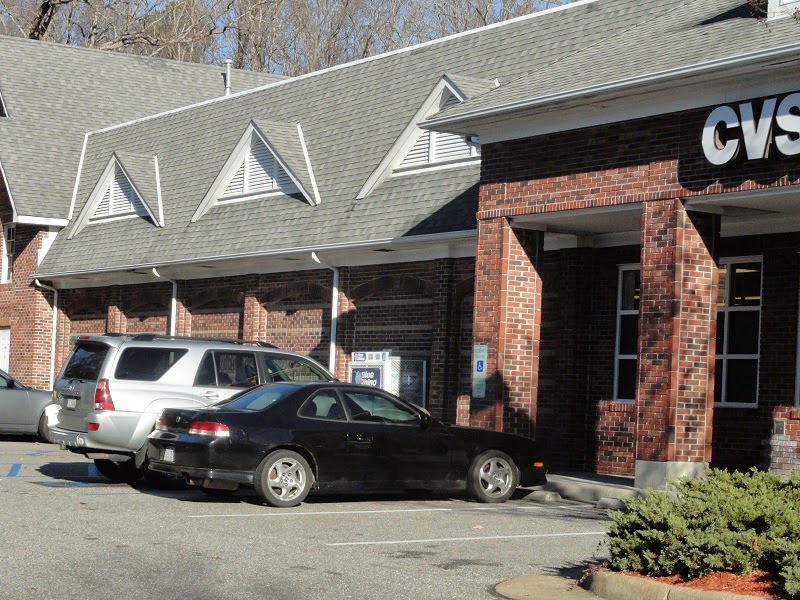 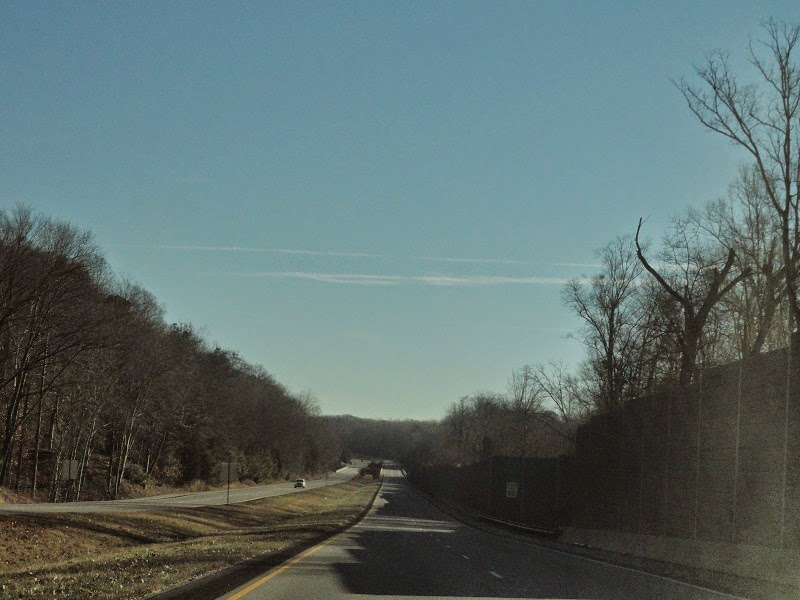 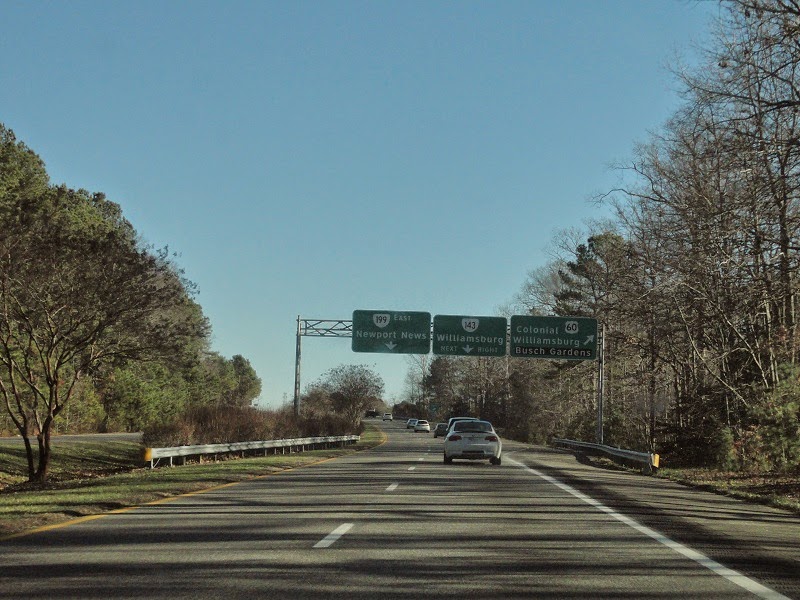 US 60 east of VA 199 takes you past Busch Gardens and then serves the isolated James City County community of Grove, which is almost entirely residential except for the occasional convenience store and a fairly new industrial section, seen here. After that it crosses Skiffe's Creek and quietly enters Newport News where it becomes Warwick Boulevard. 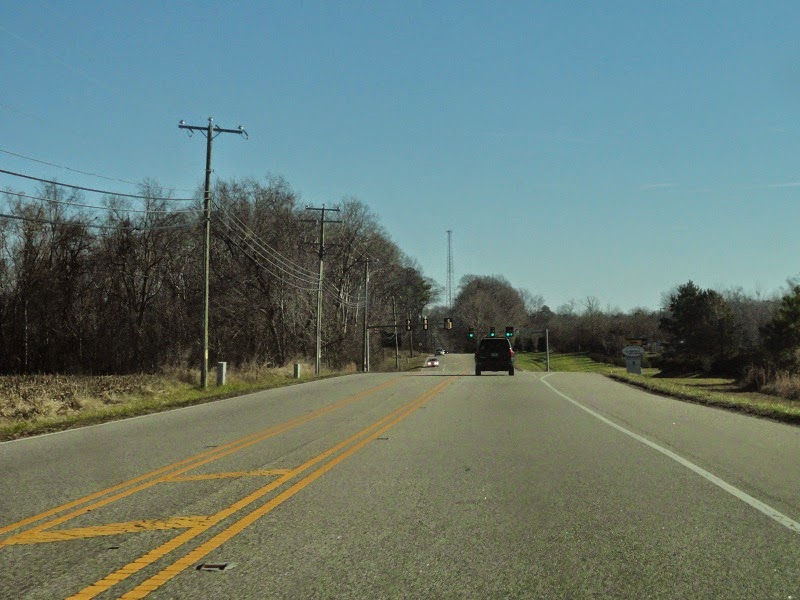 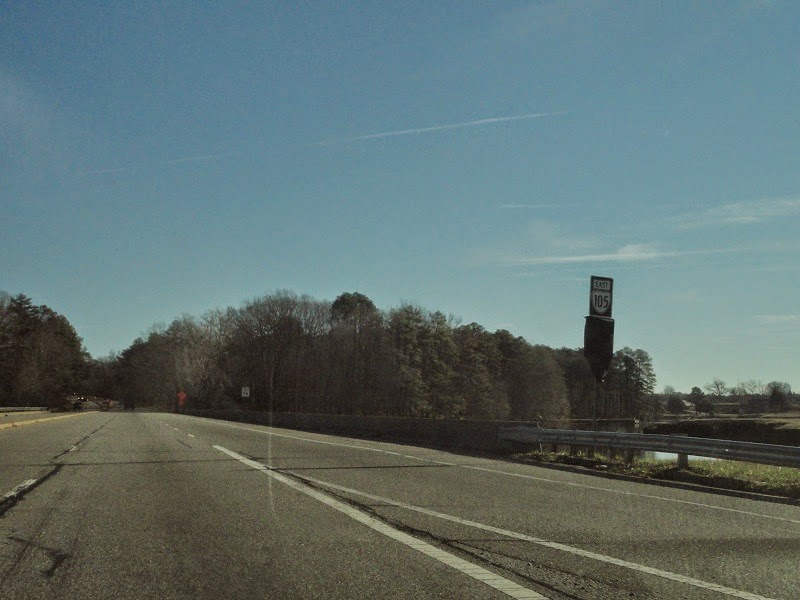 VA 105's bridge over the railroad is being reconstructed. Construction has been going on for at least a year. 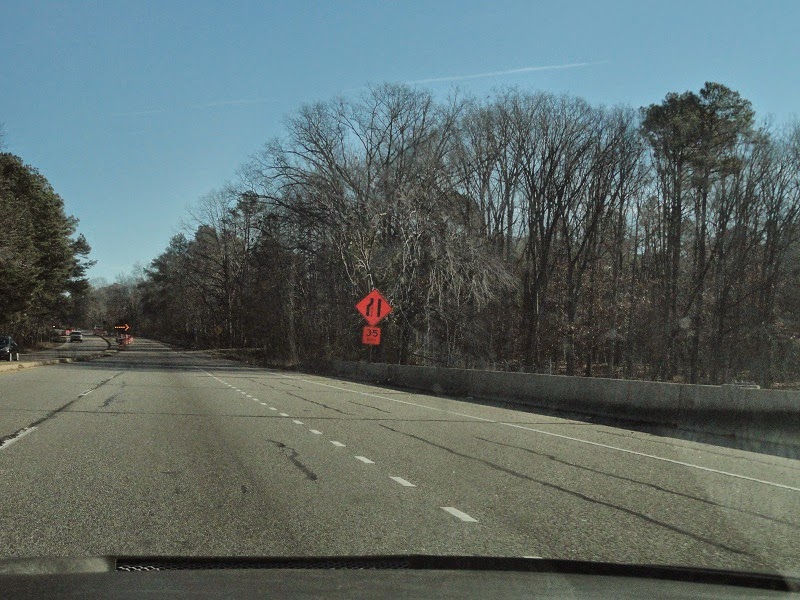 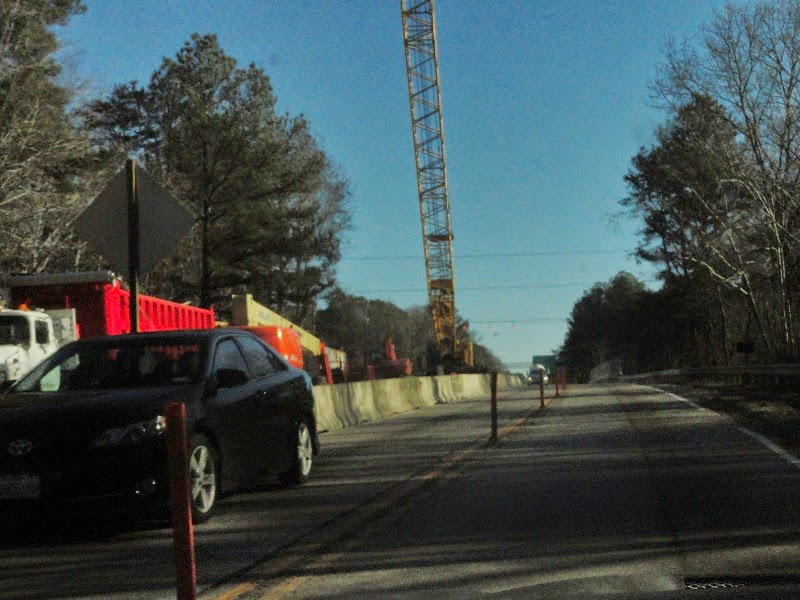 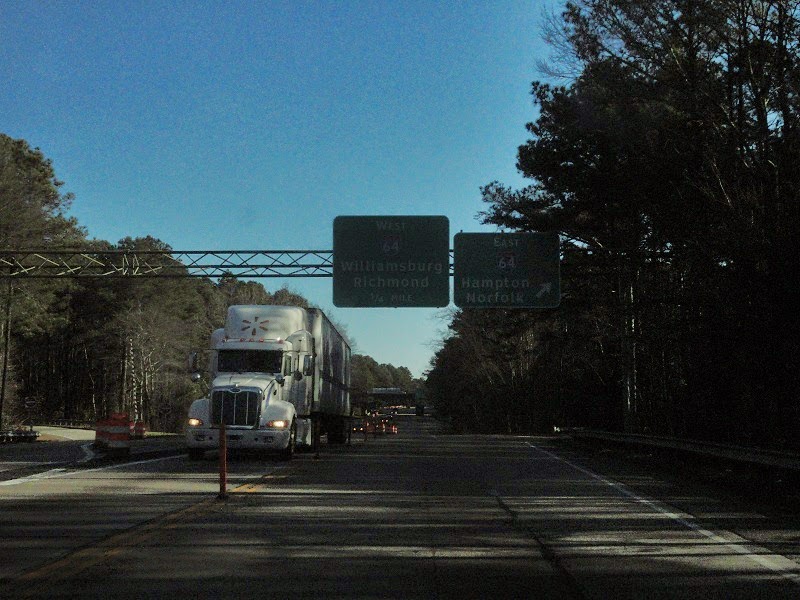 Standard shields are rare in Newport News. I often joke about Hampton Roads being the land of bad signage, but that's almost entirely confined to the southern cities. Newport News, Hampton, York, James City, Poquoson, and Williamsburg are all far more competent, and I'm quite a fan of the retro-styled unisigns that Newport News and Williamsburg do. 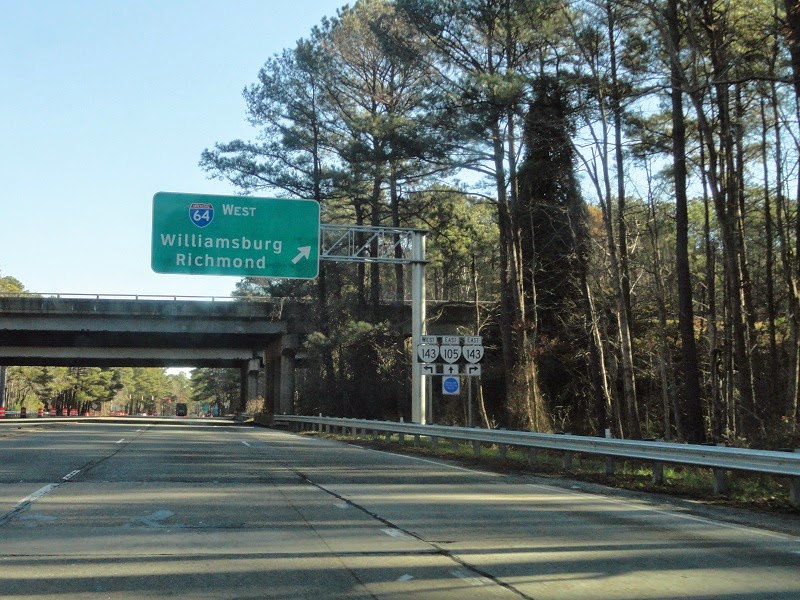 Shortly after Jefferson Avenue (VA 143), Fort Eustis Boulevard enters the southern half of York County, which has essentially been cut into two separate pieces by Naval Weapons Station Yorktown and Camp Peary. The only way to get from one half of the county to the other without entering Newport News and/or Williamsburg is to use the Colonial Parkway from Yorktown to Penniman Road, then Penniman/VA 199 to I-64. The southern half is where the majority of the population lives and includes Yorktown, Tabb, Hornsbyville, Dandy, Seaford, and other small communities. The northern half has a few smaller communities and some businesses on the outskirts of Williamsburg. Anyway, VA 105 ends at US 17 near Hornsbyville, but Fort Eustis Boulevard continues as SR 1050. 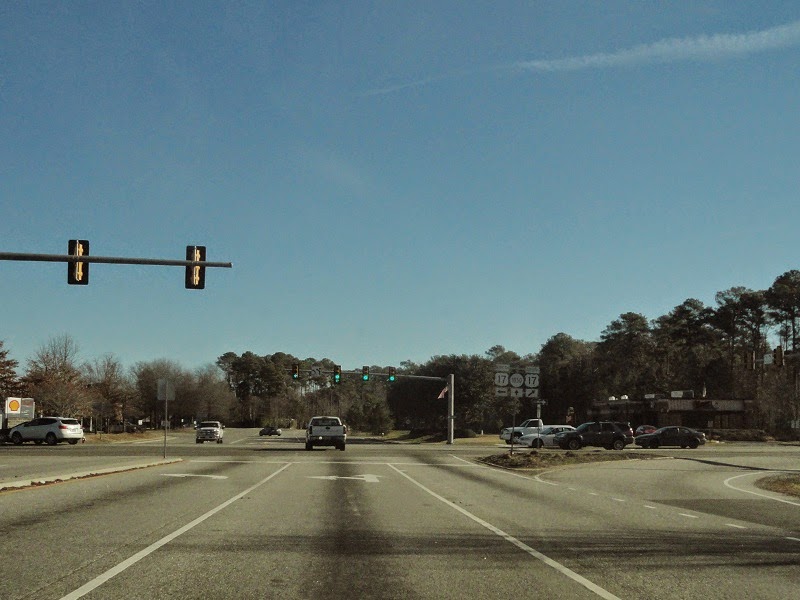 After a couple turns I headed onto old VA 173, now SR 718. Until the 1970s, VA 173 used to follow US 17 north from their intersection and follow this road through Hornsbyville instead of continuing straight through. 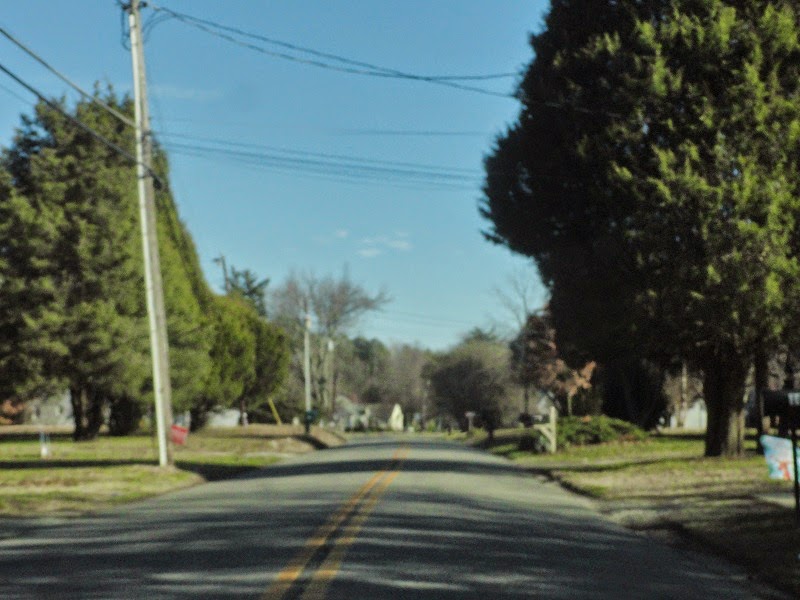 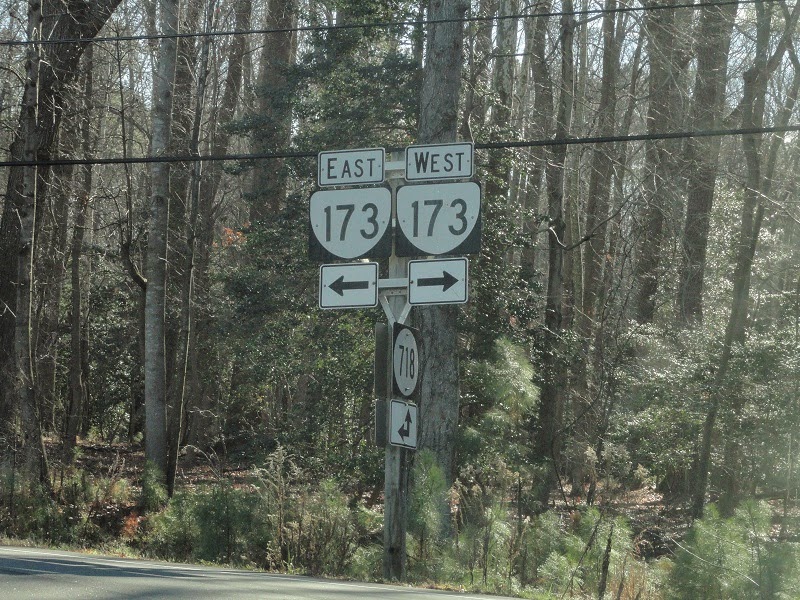 Seen here is a facility of the oil pipeline company Plains. It takes up a lot of space on the north side of both incarnations of VA 173 between Hornsbyville and Dandy. 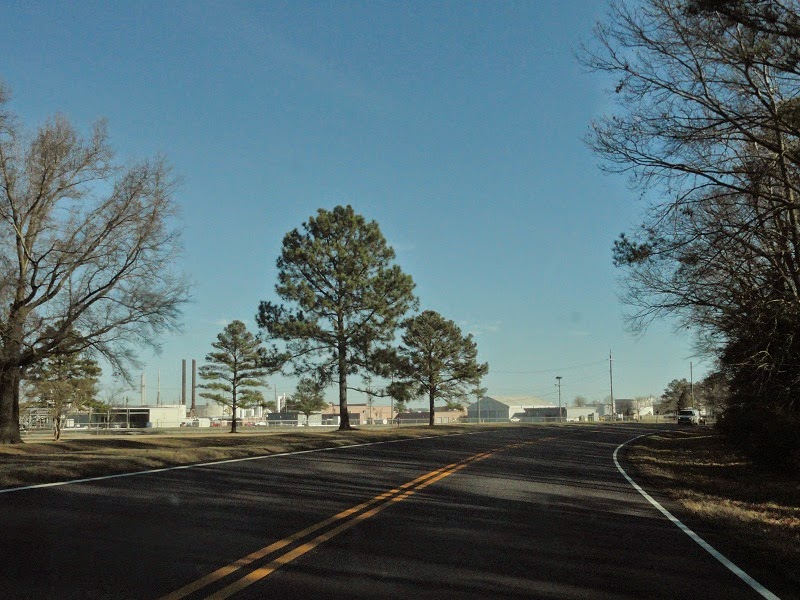 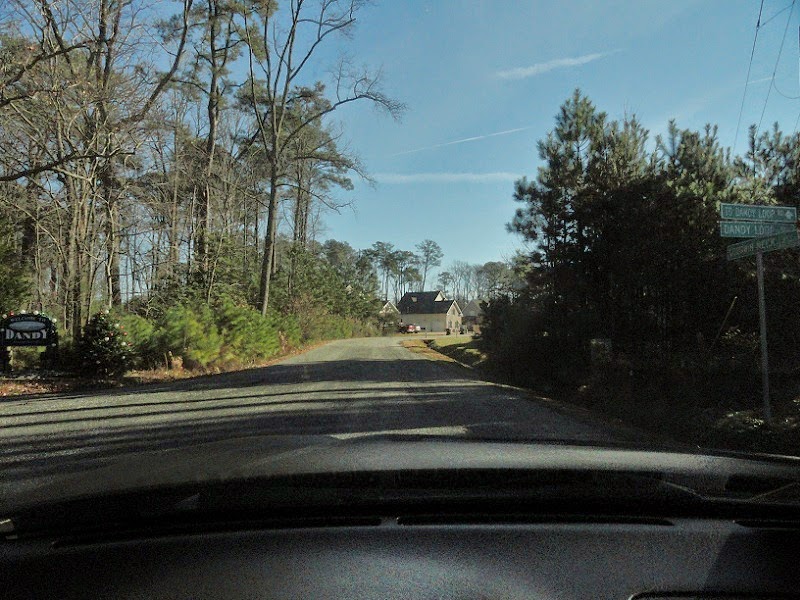 The first VA 173 westbound reassurance shield. Most of 173 in York County has a speed limit of 55 MPH. The easternmost few miles are curvy and fun to drive. 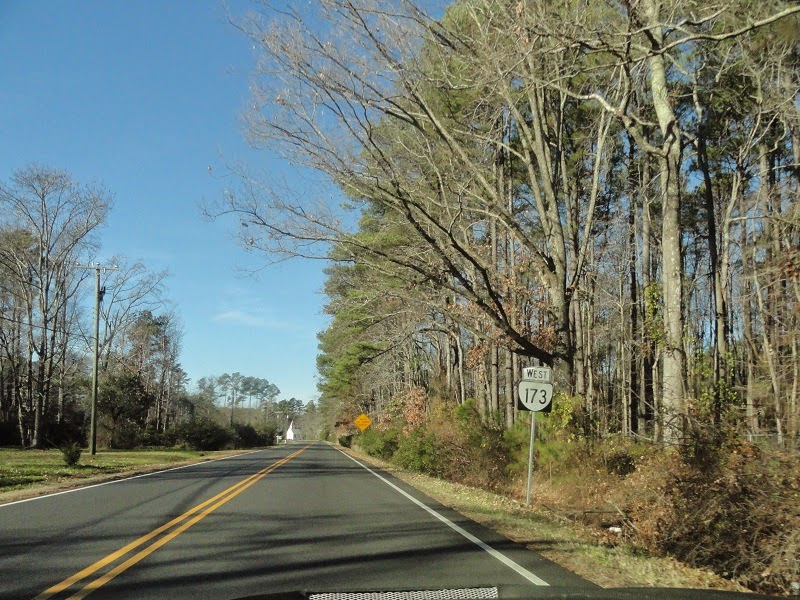 VA 173 west of US 17 is called Denbigh Boulevard, named for the old county seat of Warwick County, which has basically all been annexed by Newport News. Here I'm approaching VA 143. 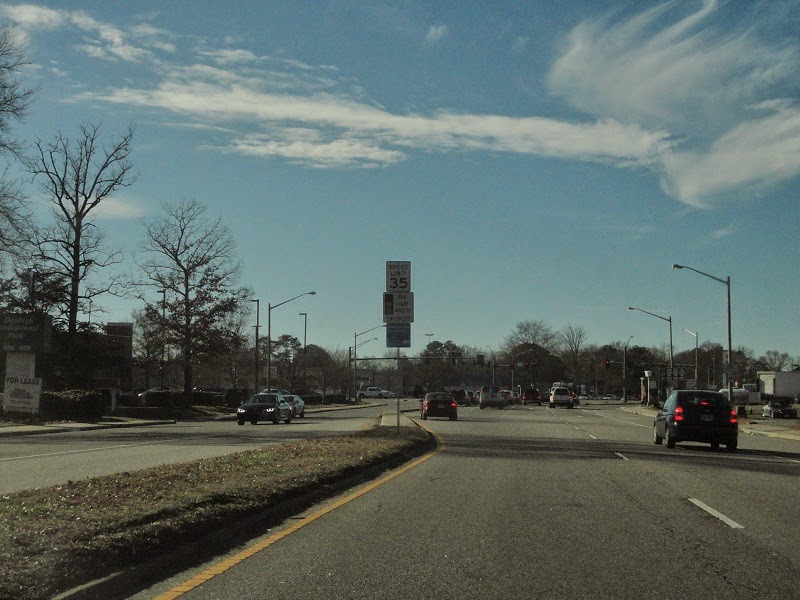 From the non-primary west end of VA 173 in Denbigh, I turned around and took US 60 east again, to Oyster Point Road, which becomes (unposted) VA 171 at VA 143. It then becomes Victory Boulevard at I-64 and enters York County heading for the city of Poquoson. 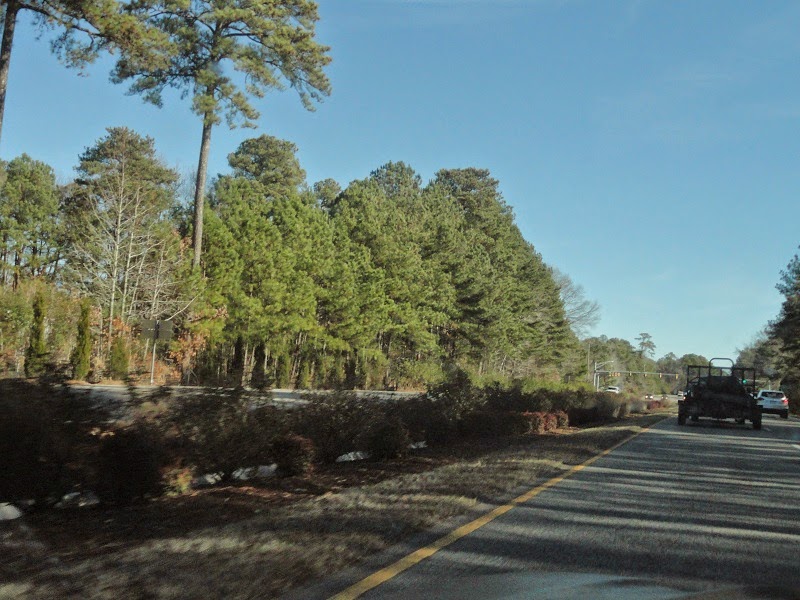 VA 171 enters Poquoson and becomes Little Florida Road, the first of three names it has in the city. It isn't posted anywhere in Poquoson, but according to the Virginia Highways Project it was posted during the cutout era, as one made it to at least 1993. 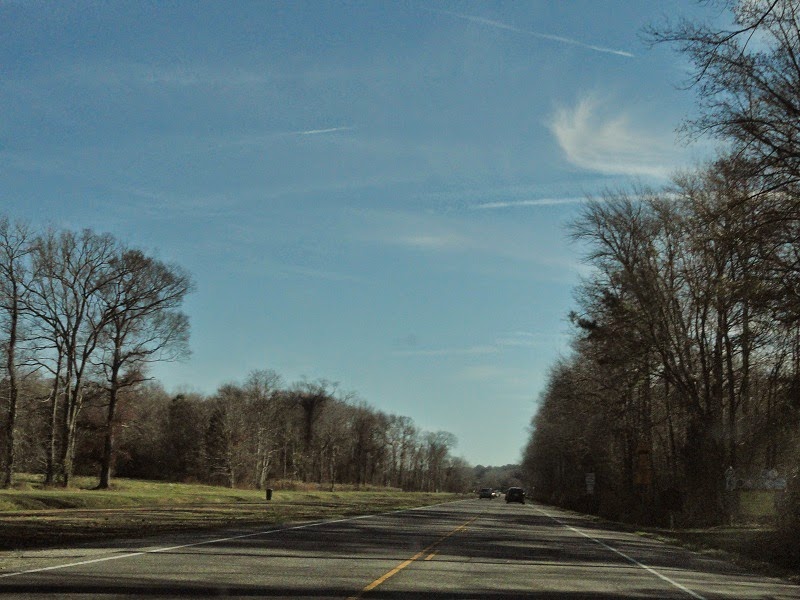 Further into Poquoson, VA 171 becomes Poquoson Avenue, then makes an unposted turn onto Messick Road and then goes to Messick Point. Here I was heading back up 171 from Messick Point. 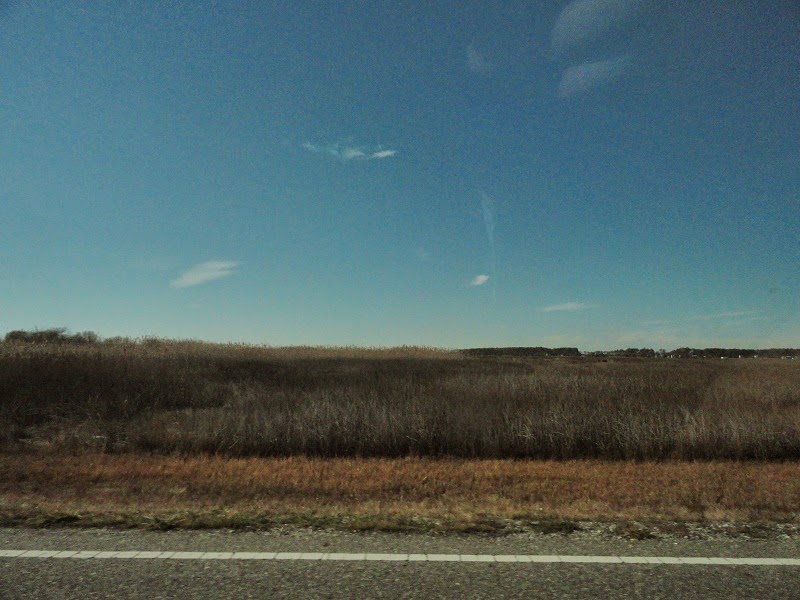 Instead of taking VA 171 back to the central part of Poquoson, I followed Poquoson Avenue to VA 172 so I could clinch it. 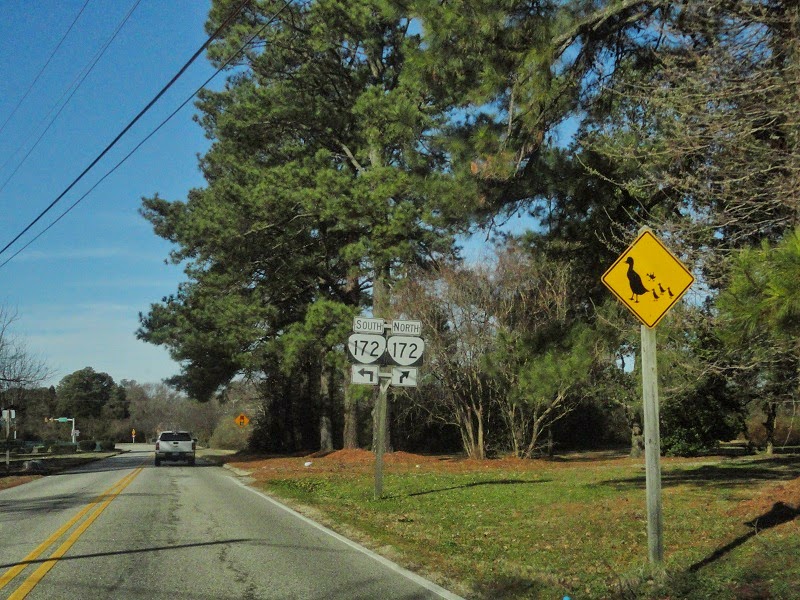 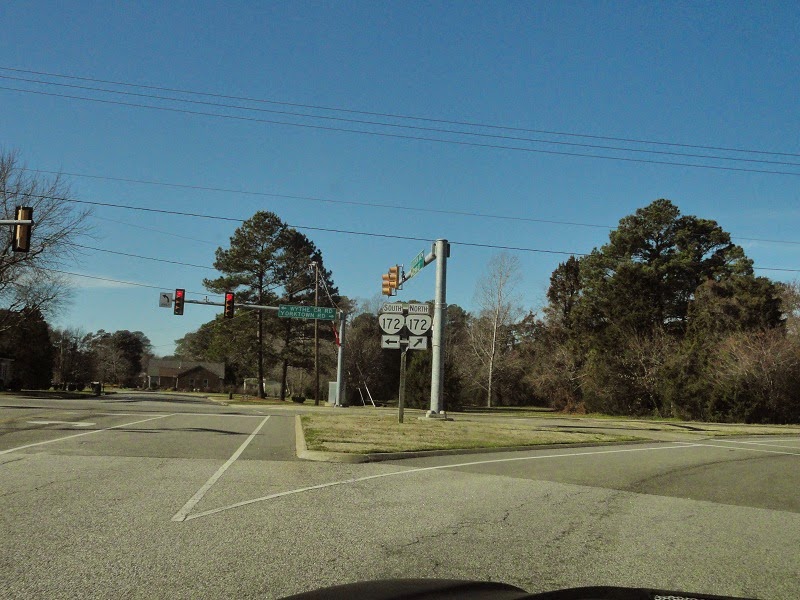 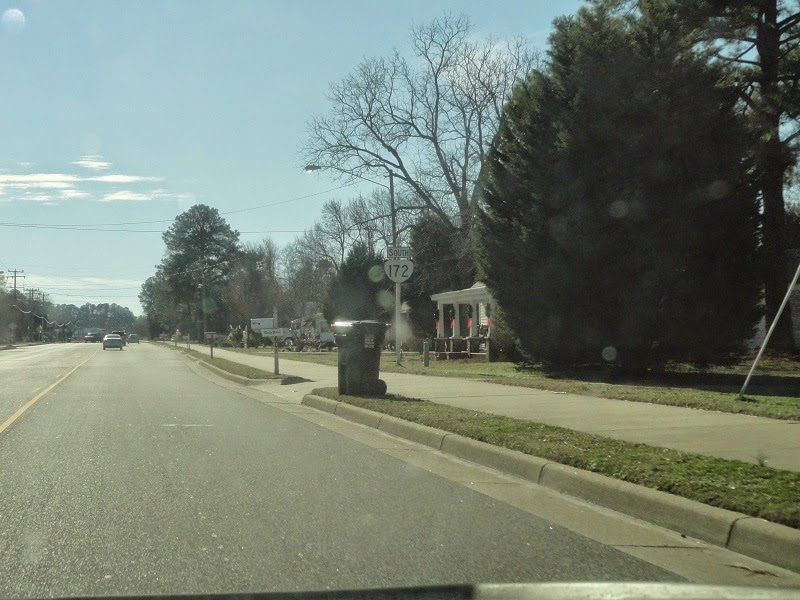 While stopped for lunch I saw this non-cutout state-name I-64 shield on VA 172 northbound at the 171/172 intersection. 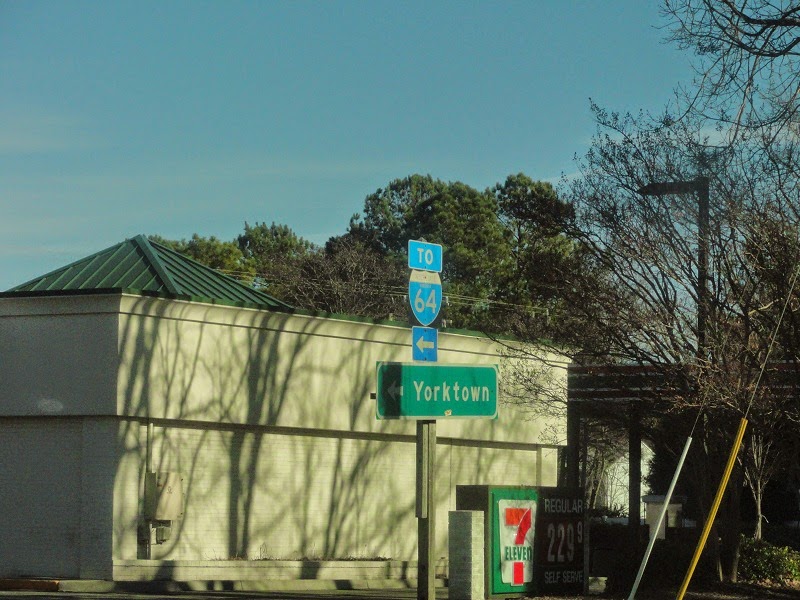 VA 172 goes from Poquoson into Hampton and goes past some NASA property. Here's something on the NASA steam plant grounds. 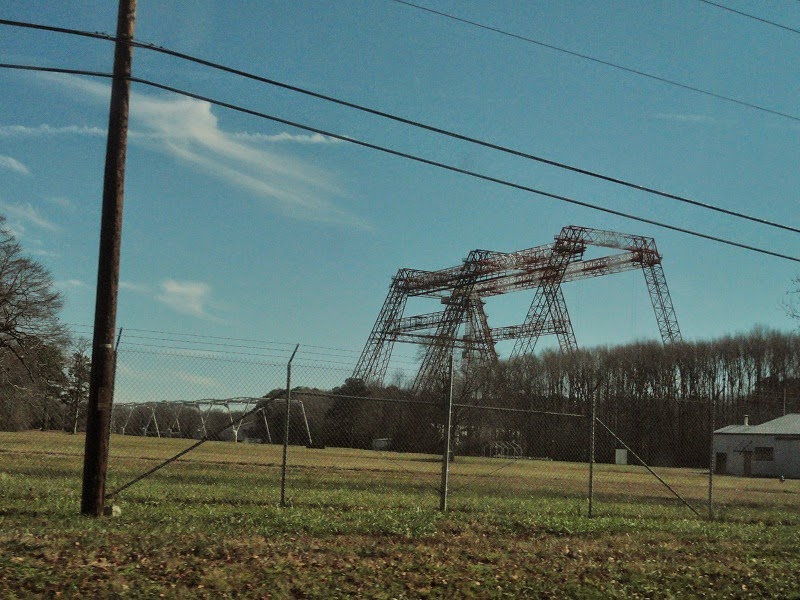 VA 172 turns from Wythe Creek Road onto Commander Shepard Boulevard, but here I'm looking over at VA 134. The short connector road between them was once part of VA 172 and appears to partially have been VA 134 before it assumed its current routing in 1964. 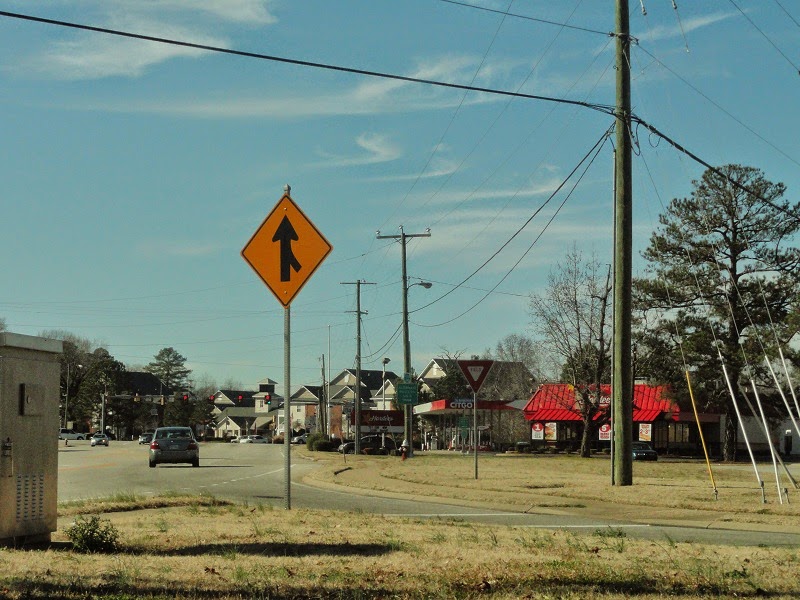